Madame Curie – praise of the invisible 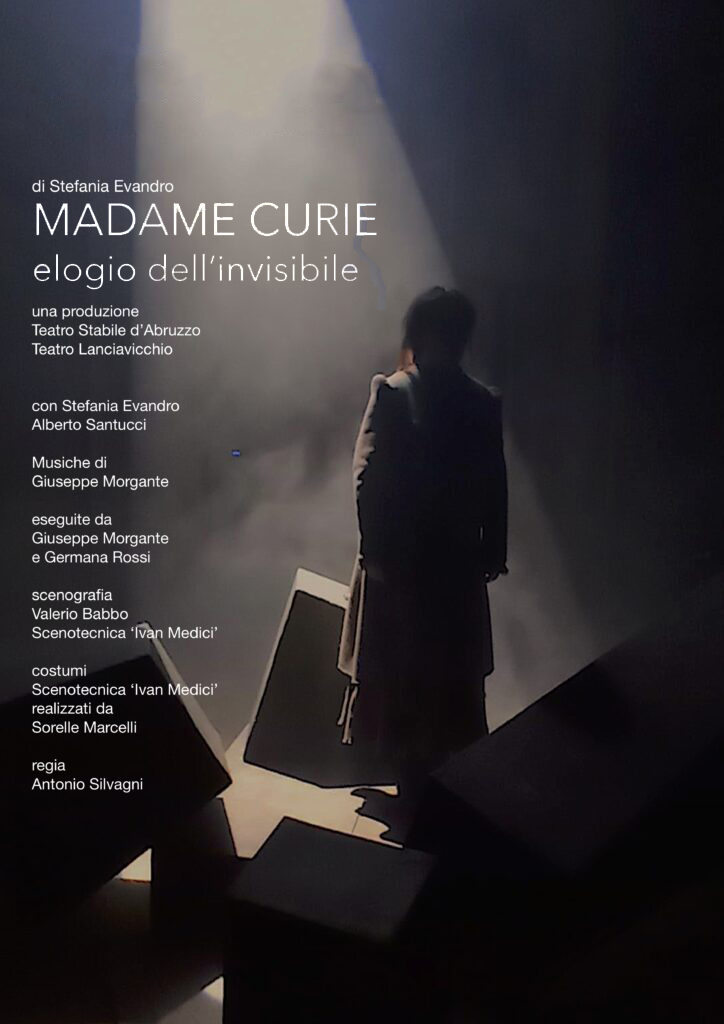 Update Required To play the media you will need to either update your browser to a recent version or update your Flash plugin.

praise of the invisible

The woman who with her work has most influenced the changes of the twentieth century: two Nobel prizes achieved, two her great loves, two discovered elements, two homelands.

The show tells the life of a scientist, a woman out of the ordinary, who has made science and the study of science a ‘fairytale matter’ by crossing it with passion, and a sense of civil and moral responsibility.

Ghosts or illuminations that arrive and disappear, tell fragments of a life understood and full: of a female scientist mother and lover.

A timeless tale: past and future intersect in distinct paintings in an attempt to return the emotions, desires, will and determination of a woman who has contributed to change the way, and the vision that the world has of women.

She viewed her life as anyone else’s: her study, her marriage, her job, her children. Yet with his passion and research rigor he has changed the lives of many.

It represents many Madame Curie women, tireless and passionate workers, generous innovators, strong in the desire to know and progress. Each in its own way.